Growing up in an active household showed me exercise had its benefits. This however didn’t mean I was blessed with the ‘thin’ gene. I was aware of feeling bigger than my friends and uncomfortable in my clothes which, I can understand now was the consequence of a very sweet tooth and aversion to nearly all vegetables. Although, on the surface…everything I ate was low fat so should be ok for me, right……?!!

In 2004 I decided to enrol onto a three-year undergraduate degree in nutrition at the University of Roehampton. I had become more and more interested in my own personal health and fitness, having eventually been bitten by the running bug and I had questions. I found myself regularly asking “Why am I slogging my guts out during a run, to ruin all this hard work with loads of unhealthy foods? Surely exercising would become easier if I ate better?” I wanted to know more………..

So fast forward three years and armed with a 1st class Bachelor of Science degree in Exercise, Nutrition & Health (BSc) nutrition had taken over my life. Luckily, I always had a willing guinea pig, free of charge and right on hand – ME! I make a point of only recommending food and recipes to people that I have tried and tested, especially these days where we are surrounded by an abundance of food choice coupled with endless bad science churning out conflicting nutrition ‘advice’. The one comment that I hear more than any other is – “it’s all very confusing!” One day we’re told we can eat avocados, then the next day they’re too high in fat and will lead to heart disease…… I agree, it’s a challenge to understand what we should or shouldn’t be eating, so we default to our government dietary guidelines – low fat, high starch & carbohydrate, loads of fruit, vegetables and moderate protein. We are good at following these guidelines, data shows that we are.

Having worked with many overweight families and adults, this very quickly led me to wanting more answers to questions such as; why is our population getting fatter and at such a fast rate? Why are children becoming obese by the age of 5? Yes, lifestyles have changed, yes, we are using cars more, yes jobs are more sedentary, yes, the availability of food has increased, but is it as simple as we need to eat less and move more? It feels like a lot is riding on willpower and we blame ourselves if diets go wrong but what if the dietary advice is wrong and we are all set up to get sicker and fatter?

In 2014, I gained a distinction for an MSc in Obesity hoping to find the answers. After three more years of study, I was left even more confused. My questions hadn’t been answered sufficiently so I had to look elsewhere. In fact, it took a further 2 years of self-research to finally get somewhere…….

Coincidently, when I graduated red meat was again being questioned for its safety and health benefits. So, being the nutritional guinea pig that I am, I decided to give up red meat and look for more vegetable, grain and pulse based dishes (with some chicken and fish). With the boom of ‘health bloggers’ happening at the same time, I was in my element, and I enjoyed picking out new recipes and new ingredients (medjool dates soon to become a regular in my shopping basket) that were going to transform everyone’s health just as they had for the authors of all these new books adorning our shelves.

This isn’t a critique of health bloggers, who may be or may not be qualified to give nutritional advice, I just wanted the answers to my questions and thought I might find them amongst these new kids on the block. From the outset I could see that all the new recipe books followed a similar vein – cut out all the processed rubbish especially refined carbohydrates (nothing new), significantly reduce alcohol intake (nothing new) and limit red meat (nothing new). All seemed above board, so armed with my maple syrup, tahini and fish paste to name just a few of the new ingredients I purchased; I embarked on my no red-meat increased pulses, fruits and vegetables journey. I was amazed how quickly I noticed an effect, within a week I felt sluggish, constipated and constantly bloated. This wasn’t the glowing, happy image the authors had portrayed and re-assured me I would feel. After 2 months I stopped, I know there’s a period of adjustment with any change in diet, but I knew this didn’t feel right.

Frustrated and concerned, I decided this wasn’t something I would be recommending to my clients. However, I couldn’t believe that all these natural, unprocessed foods could have such a negative effect on me in such a short amount of time. Instead of completely dismissing this, it only raised more questions. I had worked out that the meals were predominantly carbohydrate based, with some protein/dairy and very little fat (only coconut oil, olive oil and oily fish were really recommended). Pretty similar to the UK dietary guidelines, so again I was confused, how could a way of eating that is recommended by the Department of Health, dieticians and nutritionists, have left me feeling worse?

So, I turned to social media, an ever expanding platform which would open up my world of nutrition more than I ever expected. Using Twitter, it led me to the growing research into the benefits of eating fat, in particular saturated fat. First, I came across Gary Taubes (an American science and health journalist) and I was drawn to his fourth book called ‘Why we get fat and What to do about it’ (2012). His evidence based, non-government biased content really opened my eyes to a different view on current dietary guidelines both in the UK and USA. He also expertly explains the science behind fat metabolism – who’d have thought we should be considering how fat is stored to understand why people gain weight!! Our fat tissue is the biggest endocrine organ in the whole body and all it gets is negative connotations for being unhealthy and something we’ve been told to completely avoid. I was starting to find my answers, the ‘traditional’ evidence that I had been taught about throughout my studies doesn’t stack up and I began to understand that gaining weight isn’t down to people simply eating too much and not moving enough.

More answers to my burning questions would lie in a fantastic book published in 2015 by American investigative journalist and author Nina Teicholz. Through the powers of Twitter, Gary Taubes had recommended ‘The Big Fat Surprise’. I couldn’t believe another book was supporting the intake of fat, it’s important to re-cap here that everything I had been taught up until now was based on choosing low-fat foods and having high intakes of starch, fibre, fruit and vegetables. Which I think you’d agree, most people understand as being the recommended ‘healthy’ way to eat. I continued to read on, all 481 pages of fully referenced, analysed and critiqued evidence supporting the consumption of saturated fat and the decrease of not just processed carbohydrates but also most starches and sugar containing food, even those that have naturally occurring sugar (fruit, honey, maple syrup etc.) and wholegrains (brown rice/brown pasta/all bread etc).

That was it, just those two books opened up a completely new outlook on food and nutrition for me and as my own personal guinea pig, I started on the path of changing my diet with overwhelming positive success.

Join me on a journey exploring dietary changes that completely overhauled my health and I know will improve yours too. Healthy eating isn’t just necessary if you are overweight, in fact striving to find optimal health and staying there helps us succeed in all areas of life. We can fulfill our potential, thrive on the opportunities we are presented with and be confident in being the best person we can be. My nutritional consultancy helps you on your road to achieve lifelong positive health and wellbeing. 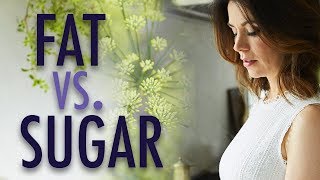 Have yourself a very nourishing Christmas

A poem from me to you